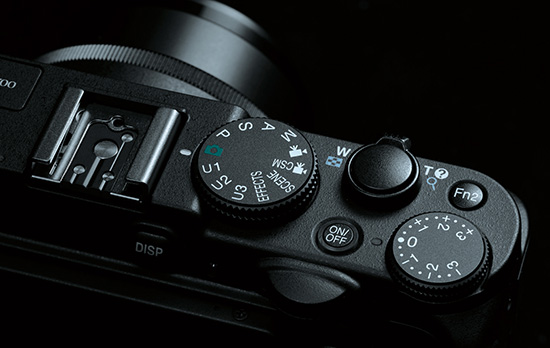 UPDATED – in response to forum comments and questions. 30/09/2012
PLEASE NOTE – This was the first posting anywhere (I believe) of studio shots from a production camera. The information was valuable then, and this site received a lot of traffic. By now, others should have been able to do better, so search out their information and take page this for what it is – a quick and early impression.

Thank you all for the very kind feedback I have received.

The P7700 was bought to supplement D700 in my desultory professional use. I was considering a backup/carry everywhere camera. I wanted to know if the quality of the P7700 would be OK for clients.

P7700 looked interesting – but I could not find anything on it online yet, so I decided I’d either have to wait or run my own tests.

I hope these impressions will be useful. I love the DPReview reviews, but theirs will be a month away I’d say, and I was wondering whether to buy one now, as I had a job on the go. I won’t bother to state the specs – they’re all over the place; what’s lacking are real shots from a production camera.

I picked it up this morning, have played with it for a day and done some tests. My main reason to post is I have some shots at varying ISO from a production camera: I figured If I was keen to see some, others might like it too.

I also guessd that anyone who’s interested will want to pixel-peep, so I’ve just thrown the full res OOC jpegs up on my DropBox.

I know we all want to see the raw files; but I’m not sure how useful they’ll be. The latest (current) View NX2 I downloaded from the Nikon site would not read them; I had to uninstall that and install the version that came in the box (even though my software told me the boxed version was older…)

I’ve put a couple up: 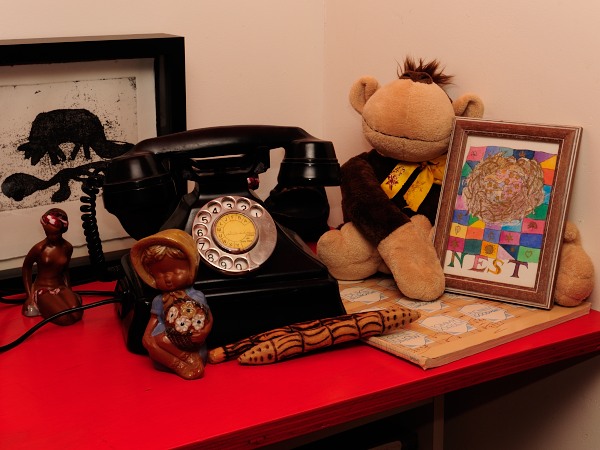 (I set the camera on Raw + Jpeg fine, so I also have the raws for later if needed)

I set Optimise Image to vivid (that’s how I usually shoot my D700) everything else standard. NR standard.

(By the way, you may think the lighting looks crappy, and you’d be right – but what I did to try to keep it consistent and very simple was just stick an SB400 on the top and set it to auto, bounced off a single white board)

Re High ISO – that seems to be where most of the forum comment is directed, which is not surprising.

My feeling is that there’s a fair bit of noise all the way the through the range, and the camera mushes it down pretty heavily (NR left on standard) I’m hesitant to say too much, because I’m not an expert in this stuff; just posting the full res files and letting people make up their own minds.

Hence I’ve posted another Raw file – the 3200 in case anyone can see it!

Semi-semi pro. As you can see from my website I’m a visual artist, but I’ve supplemented my income with editorial and corporate work for the past 20 yrs. I shoot magazine features, food, exteriors and portraits.

As well as exhibiting my painting I also exhibit fine art photography from time to time.

I use a D700 and a limited selection of lenses.

I love my X100 for fun/travel/art – but find it too quirky to trust for a job.

I shot a Nikon FM2 and Mamiya RB67 in the film days.

So on with it:

I nearly didn’t buy it because of lack of viewfinder. What swung me was the swivel/tilt screen. I’m too long sighted (age) to compose on a screen, but I figured I could use it like peering down the top of a twin lens reflex, (yeah, I’m that old) holding the camera braced against the body.

In the hand I like it; it feels nice. It’s lightweight but it feels solid. The dials move nicely and I can (almost) read them without glasses. I’m impressed with the balance between weight and solidity – I think they’ve got that right.

The menus are nice and easy to read – a bit bigger and crisper than the D700, and much better than the X100. (Note on the Fuji: even after reading the manual it still took me two weeks to work that damn thing. I think I can work the P7700 now – I just need to set the custom menus to finish it off)

Given I’m a Nikon user and my first compact was a P5000 I expected that I would be able to work everything out without the manual. I could.

AEL/AFL Button – pressing this makes it focus without half-pressing the shutter.

FLASH – the main thing I was interested in was whether I can trigger external manual speedlights via a cord from the hot shoe. Yes I can. Also the fact that I alread have an SB400 I thought would be handy. Slight disappointment – the SB400 is much slower between the primary and secondary flashs in TTL on the P7700 than it is on the D700. The two go off alomost at once on the d700 whereas there’s a real flash-flash on the P7700. It might mean I get blinks in the photos; not sure… If I were settin up for portraits I’d probably use manual.

FILTERS – I like that you can screw a 40.5 mm filter straight in. I did. I think I’ve lost the lens cap already.

Start up time – (good or bad? Others will have to say) I measured it at 2.8s from power on to ready to shoot, not including focussing. This surprised me as being long because it feels pretty quick – however that might be because the screen comes to life for some time before it’s ready to shoot.

Bits I don’t get

The only thing that got me at first was the Active D lighting – I expected it to be like the D700 – but it seems to be one of those ones that juggles the ISO & exposure. So you can’t select it if ISO is set over 800, and if you’ve got it on you can’t then raise the ISO over 800 without first switching it off. There may be a work round but this seems a pain if the D lighting is actually useful… I’ll wait for someone else to give me an answer on that and leave it off in the mean time.

So what about the Video?

Yeah – that’s very much a second priority for me, but I did buy it partly because I read the video specs were good. Nothing to say here, shot none yet, but it does have a very cool setting on the zoom – “silent” which makes the zoom very slow and smooth; this was better for zooming smoothly than the last dedicated camcorder I used.

I was umming and aahing over it, wondering whether I should get it. Having bought it now, for the money it’s a no-brainer given what it offers.

I shot my daughter’s netball game at 3200 ASA today. It wasn’t great but it was possible…